From County to National Committee: How the Republican Party Works

What is a PCO?

How the Republican Party Works 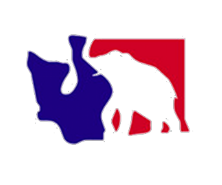 The Republican Party structure is truly a grassroots party, similar to the Old Testiment version of People’s Law established by Moses in ancient Israel.

The Republican Party begins with the individual voter at the neighborhood level, who elects a precinct committee officer to serve as his/her liaison with the Party organization. The county is divided into precincts.

In order to be elected as a PCO (see “What is a PCO” above), a registered voter living in the precinct must file as a candidate with the County Auditor during the statutory filing period. An elected PCO serves a two-year term. A person may also be appointed to an non-represented  precinct by the County Chair.

PCOs represent the voters in their precinct.  They vote for the county officers and vote on issues concerning fundraising, expendures and resolutions brought before the local county committee.

The PCOs collectively are the County Central Committee. PCOs meet in December or January of alternate years to elect its officers, a.k.a. Executive Board (County Chairman, Vice Chairman, Treasurer, State Committeeman and State Committeewoman; the Secretary is a voting board member but is appointed by the Chairman.).

SJC Republican Party’s executive board is listed here (or by clicking “Executive Board” above). PCOs appointed by the Chairman may not vote for officers in the 1st meeting of the year.

These officers are in charge of leading the county organization for the next two years. The State Committeeman and State Committeewoman will represent the county party to the state central committee (see “State” below). The Chairman typically attends as well.

The entire committee is governed by its bylaws, the WA State Republican Party’s (WSRP) bylaws, state laws, and the Public Disclosures Commission. Financial irregularities tend to be the most serious, so a good treasurer is essential.

Some Legislative District parties send representatives to meet together in occasional meetings. State representatives and Senators in Olympia are voted for by the public residing within each legislative districts as well.

State Party officers serve two-year terms.  In addition, the State Committee members meet by Congressional District and elect two people from among themselves to serve on the State Executive Board.

We have sent SJC residents many times to the state executive board and the national committee.

Arriving from the July 2017 ezine? Click here to return to the Table of Contents.