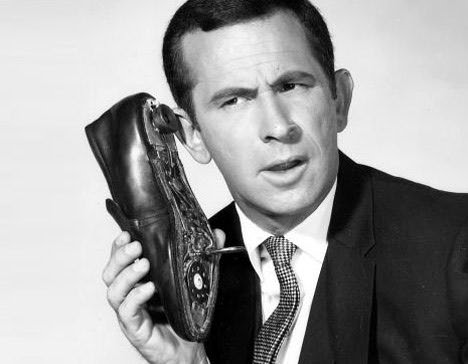 This week call our representatives and ask them to support HB 2062. This will limit future special sessions that cost us the taxpayer $18,000 per day.See details below.It just makes cents.

Rep. Drew MacEwen, R-Union, has introduced House Bill 2062 which would direct the Economic and Revenue Forecast Council to submit its first projections on tax collections earlier. Currently, during long sessions like this year, March 20 is the deadline for the first projections. MacEwen’s bill would move the date to February 20. Lawmakers rely on the forecast to develop budget plans because it gauges how much money the state will have available to spend.

We should be doing everything we can to help the Legislature complete its work on time. Every day of the special session costs roughly $18,000 and that is an unnecessary expense,” MacEwen said. “In these difficult economic times we must act instead of wait. It’s the old adage ‘time is money’, and now it’s the taxpayer’s money. With the forecast released sooner, budget writers will have more time to craft a strong, bipartisan budget without another costly special session.”

For more information, visit our Web site at: www.houserepublicans.wa.gov.