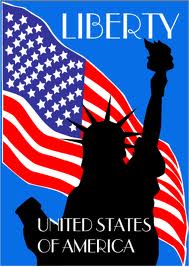 This was the most unprofessional, unresearched, incomplete presentation I have ever attended. Here is what was promised in the newspaper article in The Islands Weekly:

“With over 60 years of experience in the medical community, Dr. John Geyman… noted author, health care policy expert and professor emeritus of Family Medicine at the UW School of Medicine, will speak on the crisis in U.S. health care, how it happened, and how a single-payer system can resolve this crisis. His latest book is “Crisis in U.S. Health Care: Corporate Power vs. the Common Good.” Is it possible to move from a corporate model to a ‘common good’ model in health care…..He delivers an evidence-based, objective, non-partisan, and well-documented presentation for those interested in where our health care system is going and what it means for them.”

This is NOT what was delivered. He had no footnotes, no graphs, no flow-charts, no documentation, and no hand-outs. When the moderator, Laura Matthews (LauramatthewsRN@gmail.com), introduced him, she also stated he was a former Vice-Chair of the UW School of Medicine.

I thought he sounded like a fraud. The UW School of Medicine took a big nose-dive in my favorability quotient. He lives on San Juan Island. His Agenda appeared to be the destruction of the private health insurance market, and to attack Republicans at every opportunity—in nearly every other sentence.

It was so bad, and so obvious, that a church friend sitting next to me, a Democrat, asked me at the Break how I felt about all his insults to the Republican Party. I replied that, for an event which was advertised in the newspaper, it was very unprofessional for him to assume there were only Liberals and Democrats in his audience. It made me wonder what he would say in front of a supposedly nonpartisan group–The League of Women Voters maybe, for an example. The room was, in fact, packed with Liberals, and Linda Noreen and I were the only conservatives in attendance.

His presentation lasted exactly 50 minutes—from 5:00 – 5:50 p.m. He had a series of slides with sentences on them, which were basically his opinions. None of these statements were footnoted with any research or statistics, nor were they distributed to the audience for their reference or review. He covered each sentence very quickly, and I’m not sure he addressed each one. I was appalled! It was like he didn’t want them to see the light-of-day anywhere else.

I have decided to simply summarize all the things Dr. Geyman said. It hardly seems worth responding, his claims are simply too extravagant and cringeworthy to merit a point by point response. I tried my best to faithfully represent what he said with minimal editorializing:

According to Dr. Geyman, the first step is to eliminate the deregulated private insurers. The FDA is deregulated, and only people on the Right get appointed to this. It is a very bad deal. Health Savings Accounts are a dumb idea; they just aren’t practical for the average person. High Risk Pools have also failed. Block Grants to the states are a bad idea: their governments don’t want to provide Medicare and Medicaid.

All of these have an adverse impact on health care systems. Access to care will be limited and lead to further decrease in choice of care. Increasing costs of care is directly related to the Medical/industrial Complex (he used this phrase a lot). That decreases the affordability of care.

He had claimed that the Republican Plan is decreasing women’s health care. The ACA specified ten areas of necessary care (l took this to mean the Mandates), which the Republican Plan has eliminated, and replaced with only 3 or 4 (not specified). THIS IS A BIG HAND-OUT TO THE INSURANCE COMPANIES. It means worse quality and worse outcomes.

He claimed that because of the resulting increase in Bureaucracy and profiteering, hundreds of rural hospitals will close. Robert Reich, a brilliant man, has written how the unfettered Health Care Market has been a complete failure.

The ACA is very popular right now, because of the 20-30 Million people who will lose access in the GOP’s Plan. What can we expect with GOP Reforms? People getting 6-month Notices—it is happening now—of no more coverage. This leads to further narrowing of Networks, and more Insurers exiting the markets, which leads to a further decline of Primary Care Practitioners, leading to a rising epidemic of the underinsured, and a bare-bones coverage.

Geyman noted some developments he considered positive: Leadership from the PNHP, ACP, APA, APHA, and including the JAMA (l may have gotten the other abbreviations wrong) but he said the Journal of the American Medical Assoc. came-out in favor of Universal Coverage in its 1/3/17 issue, and that it stated that Health Care (HC) is a Basic Right.

The annual savings with a Single-Payer program will be in the Billions of Dollars—$5B in administrative costs alone. It will be a seamless transition-just like the introduction of Medicare was. The time for Medicare For All is Now! There will be a national MD workforce, not Network-based. The ACA bailed-out insurance companies, and the Republicans will bail them out again. That is why they need to be gone! (there was no source for this)

They are all For-Profit companies. (l know many are non-profits, but these were not addressed or mentioned). They are the Robber Barons of American Health Care! We have a troubled Democracy because the Medical/industrial Complex is killing us!

At this point, there was a 10-minute break, after which Marcia Stedman, President of Health Care for All Washington, (HCFA-WA) spoke. This group wants to do something like Vermont has done, and other states are considering. However, when asked if it would be portable to another state she said it would not be. They are advocating for Single-Payer of Universal Health Care, in a Health Security Trust Bill.

Their goal right now is to create a vast public outcry. He said that they didn’t have the power and the money of the insurance companies—so how do we finance Single Payer (S-P) in WA State? He said they didn’t need to tell people how much it costs! Insurance companies only shuffle papers! If HB 676 (l think that was the number) doesn’t pass, then they will launch an Initiative Campaign to get it on the 2020 Ballot. Multiple states will have it on their ballots. Big Pharma and Insurance Companies will be forced to spend money all over the place in multiple States—that is how we can reduce their impact and hurt them financially.

He invited everyone to write and meet with your Legislators. Kevin and Christine are co-sponsors. Does anyone know Jeff Morris? They are building a Grassroots Coalition of Labor, Small Business, Faith Communities, and Physicians. Spokane, Bellingham, Grays Harbor and Port Townsend are all developing Chapters and working together. He said they are in this to win. Right now it is all volunteers, but soon it will be time to bring-in the Professionals.

Ms. Stedman told how she talked to a woman at the Portland airport who voted for Trump, and she flipped out and got angry when she told her Medicaid is not in the GOP Plan. She turned her away from the GO Bill. She doesn’t want any part of it now. This is what we need to do–talk to people. We also need to raise money to hire the Professionals.

They passed a basket around for contributions.

Summary of Q & A Session:

At this point, Dr. Geyman had a Q and A session. The reason Insurance Companies don’t deserve to be in business any longer, is because of their exorbitant fees and overhead costs. Existing Medicare is so efficient, there is only a 3% overhead cost. Medicare for All will increase it only about 2%, to a total of 5% overhead costs.

Compare this to the 20-30% overhead costs of the Insurance Companies! Way too much money is going to their Profits! MDs will need to be retrained, because there won’t be any Networks. S-P works all over the world, and 60% of Americans are in favor of it. It is well-known the other countries call us “Outlayers”. In 1995, Taiwan went to S-P. The Pharmaceutical industry will also be much better, because Medicare for All will be able to negotiate prices with them, instead of the gouging going on now. Someone asked about the research money Pharma spends from their profits.

He said they don’t do that much research. All the meaningful research and development is being done by the government, such as the NIH (he didn’t appear to understand that the NIH doesn’t do its own research, they provide grants for research), and most break-throughs are not in the US anyway, but in foreign countries. All they spend their Research money on is Marketing. And, the new head of the FDA will not require as many tests and trials as there should be, on new drugs. So they will be even more reckless and unfettered.

I asked a question about how he knows what all the costs and results of Medicare For All will be, when the ACA, and the Congressional Office of Management and Budget, got it all wrong. (l wanted to mention Jonathan Gruber, and his remarks, but I didn’t).

I also asked why will Medicare For All not be like the VB system. He said, there is a lot of misinformation about the VA System. It is actually the best health care system in the (world or country. I can’t remember which, but either way it is an incorrect statement, but everyone nodded in agreement).

He claimed that one advantage the VA has, and will be part of the MFA Plan, is the ability to negotiate with the Pharma companies on the costs of drugs. He also said Primary Care, Pediatricians, Psychiatrists will be able to make more money—it won’t just be the Specialists and the Surgeons (l always thought Psychiatry was a Specialty). The reason Primary Care doctors make more money in Canada than in the US, is because in Canada, they don’t have any Paperwork to do! And since everyone will be insured there will be more money to spread around! (anyone who has any experience with the VA will automatically be very skeptical about this)

A woman in the audience from Finland is sold on the S-P. When asked about wait-times for surgeries, procedures, etc., he stated that under the ACA and the GOP Plan, you can wait forever, but that will not be the case for MFA. One reason for the extended wait-times under the GOP Plan is because the GOP will give more power to the States to do whatever they want, or don’t want. The people need us to lead in the direction of MFA, so the leaders will follow.

He disagrees with Stedman and the HCFA-WA. He also disagrees with the Dems in Congress spending so much time defending the ACA. It is broken and cant be fixed. (People nodded again). While this was the only statement he made with which I agreed, he had nothing to back it up, just like all of his other statements.

No one in the room found it odd that he could throw around random numbers, and have nothing to document it. They were seemingly just interested in a repeat of the Narrative. They didn’t ask where the money would come from, how many people would need to be hired to manage it, etc. It just made them feel good, I think, and they could all agree that Insurance Companies and the Rs are bad and greedy and hateful.

I think Laura Matthews might be a good contact to arrange for an event like this on the other islands, or Anacortes, or anywhere. If not, she could tell you how to do it-for Geyman, anyway.