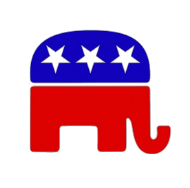 Greeting Conservatives!
​This week is filing week!
It closes Friday 5/19
Candidates who have filed listed here. Looks like a couple options for Mayor (Latcher is not running again), SJI School Board Director #1, and Port of F.H. #2. All other offices have either no one or just one. Some major offices have nobody. Offices that have nobody are not listed on the “candidates who have filed” list.

I have appealed to the public to participate in the Guardian here and the journal.

One of my favorite stories is that of Jonah. I don’t know whether it literally happened or whether it is a parable, but in the story of Jonah he is asked by God to go preach to Nineveh. He doesn’t want to. God must all but force him to do it. Jonah just wants to know why somebody else can’t do it.

I’m not comparing SJC to Ninevah, but I like this story because even if you are an atheist it still illustrates a basic truth: we often assume that someone else is more qualified, somehow more secure, or more able to contribute. There are not nearly as many people willing to lead as you might think, and if you wonder why, just consider all the reasons why you may not want to!

The Sounder and Islands Weekly published a piece about the national monument issue in San Juan County. As you may know, President Trump signed an executive order requiring a review of National Monument status. This has always been a major issue in this county.

Here is the coverage of the issue by the Sounder (or Islands Weekly). There is also a letter about it.

As I have been announcing for a few weeks, the BLM advisory committee is taking applications. Why not give it a try? It could save us all some aggravation.

King County Dems are being sued by the state attorney general over late reporting of donations. Makes me glad we have Treasurer Alex Gavora. Seattle Times.

Interesting reasearch on the relative number of conservatives and liberals in the United States. Gallup poll.

The Sounder published a letter to the editor by a local man who lost a relative and had the police come tell him. It was nice to see praise for those who put their lives on the line for us. Sounder Reports.